The Sabha conducts religious, cultural, social, and educational events on a regular basis. The events are conducted at the Sabha's premises "Veda Nivas", as well as at public venues around Singapore.

In addition to member only events, the Sabha hosts events where the general public is welcome to participate.
Select from the tabs below to know more about how the Sabha contributes to the religious, spiritual, cultural, and well-being of the community.
Remeber to check out the home page for details of upcoming events.

SDBBS Purohits conduct Veda and Sloka classes. They welcome you to take advantage of their vast knowledge and learn Veda chanting and slokas from them. They are also very interested in conducting sloka classes for children to introduce them to easy slokas that can be chanted on a daily basis.

Please click on the following link to express your interest in Veda / sloka classes. https://forms.gle/uiqgdBvSn7joU9i89

Filling up this form does not mean you are registered for any class. It is merely an expression of interest. Once we have enough people who have expressed interest in a class, we will inform you.

Important: Please note that is a requirement that any student enrolling in Veda Classes must have had Upanayanam performed.

For the benefit of Members, Sabha is conducting Veda & Sloka Classes at Members’ residences and ‘Veda Nivas’.
Members are requested to take benefit by organising classes in their residences with a minimum enrollment of five students.
Sabha appreciates the support of members to keep alive the ancient Vedic tradition.

SDBBS Purohits conduct Veda and Sloka classes for interested individuals on one-on-one basis - on suitable days at a suitable time to facilitate Sabha Members who are interested to learn them. Arrangement can be made with the Sabha Purohits at Veda Nivas for the same. Charges will be $150 per month per individual for Sabha members in relation to the Classes conducted at Veda Nivas. The one-on-one classes shall also be conducted at Member’s residences. In such cases, in addition to the charges mentioned above, taxi charges shall also be claimed. 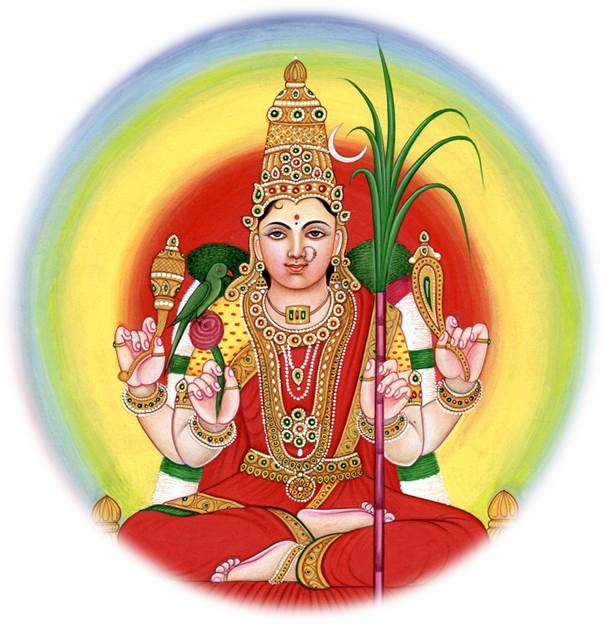 Pournami - the day of full moon - is sacred for Hindus. On the evening of Pournami, poojas are performed to a few important deities - the most prominent two being Ambal and Satyanarayana. Sabha has been conducting Pournami Pooja for last 18 years continuously. Pooja will commence at 7.30 pm. Vinayaka Pooja will be followed by Lalitha Sahasranama Archana and Lakshmi Ashtothra Archana concluding with Deeparadhana and Mantra Pushpam at about 8.45 pm. Prasadam will then be served. 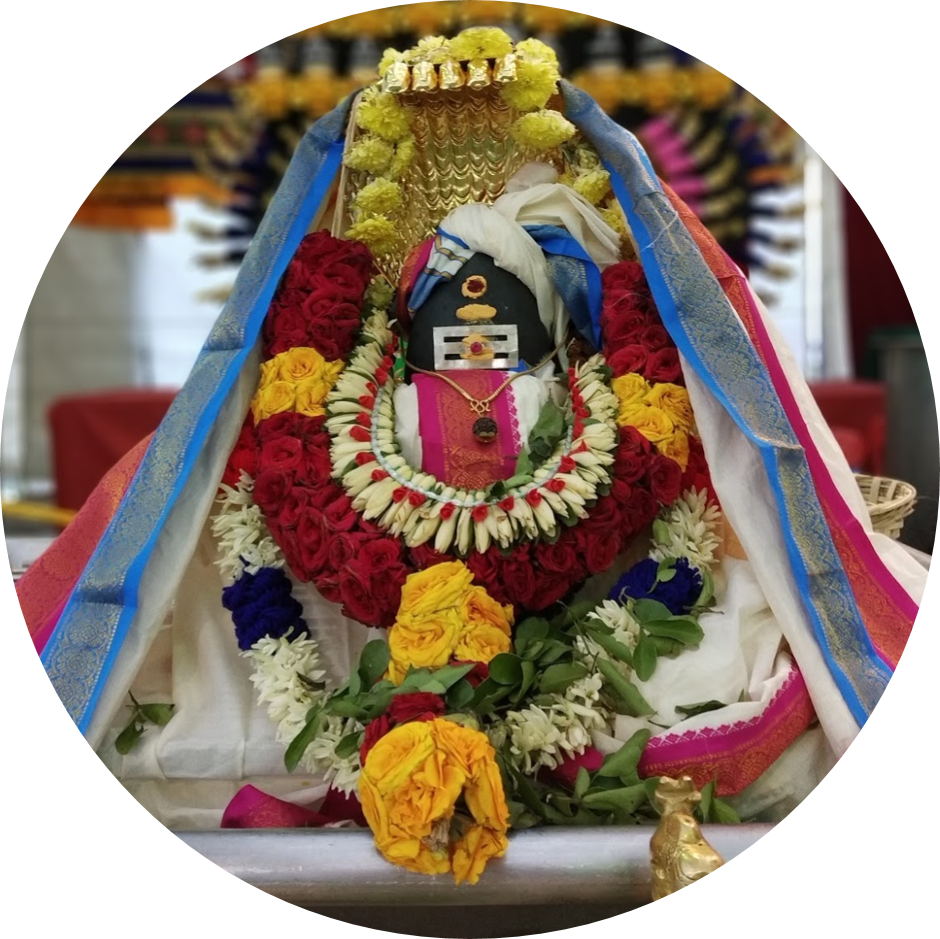 Pradhosha pooja is one of the most important poojas performed to the Graceful Lord Shiva. The evening of the trayodasi (thirteenth day of the lunar fortnight) is called Pradhosha. Pradhosha time is especially meant for praying Lord Shiva. Praying in that time will free us from our sins and gives moksha finally (hence the name Pradhosha). Pradosha Pooja with Rudrabhishekam and Shiva Ashtothra Archana Sri Poornambika Sametha Anandeshwarar is held every Pradosham day from 6:30 pm - 7:30 pm, except during Mandala Veda Parayanam in the Karthigai month, when it will be from 5:00 - 6:00 pm. Fruit prasadam will be served at the end of the pooja. 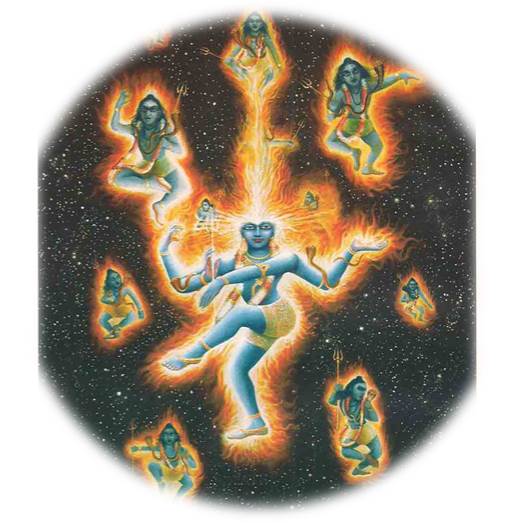 Quarterly Lecture Series
Sabha started the Quartely Lecture Series with a view to inform and engage the community on important issues. Various topics like "Making a Will", "Admissions to Universities", "Setting up a Website" have been discussed in these lecture series. Sastha Preethi is the worship of Sree Dharma Sastha for the blessing of his divine grace. Lord Sasta, also popularly known as Lord Ayyappa is known to be the offspring of Shiva and Vishnu (as Mohini, in his female form). Sastha having earned a name of Annadhana Prabhu, mass feasts are arranged for this function .The Sabha begins the new year with aplomb celebrating Sastha Preeti with abishekam, archana, bhajans to Lord Ayyappa and delicious payasam as prasadam. 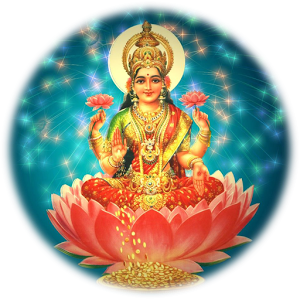 Thai Velli Pooja
The month of Thai is considered the dawn for Devas and they worship Ambal at this auspicious time. Hence praying to Ambal on Fridays in the month of Thai has added significance. Sabha has the tradition of performing the pooja in members’ houses with the chanting of Lalitha Sahasranama Archana and Lakshmi Astothra Archana in the evening of Thai Velli. 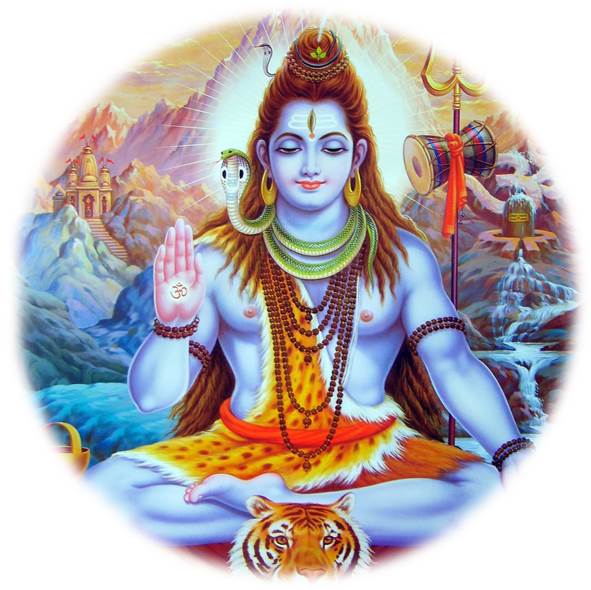 Maha Sivaratri Pooja
Maha Shivaratri is celebrated on the Krishna Paksha Chaturdashi of the month of Maasi which falls in February or March. Of the twelve Shivaratris in the year, the Maha Shivarathri is the most holy. On this night abishekam is offered to Lord Shiva throughout the night and he is celebrated by offerings of Bilva leaves. 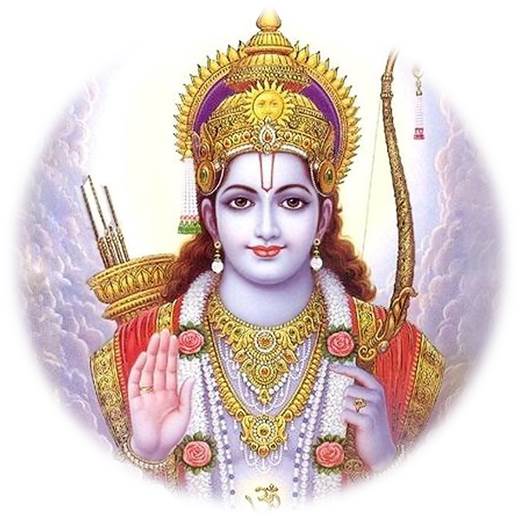 Sri Rama Navami Pooja
Rama Navami celebrates the birth of Lord Rama to King Dasaratha and Queen Kausalya in Ayodhya. Rama Navami falls in the Shukla Paksha on the Navami, the ninth day of the month of Chaitra in the Hindu calendar and marks the end of the nine-day Vasanta Navaratri celebrations. At the Sabha, Rama Navami is celebrated with a recitation of the Rama Janana Sargam from Valmiki Ramayana, bhajans, pooja and the distribution of neer mor (buttermilk) and panagam. 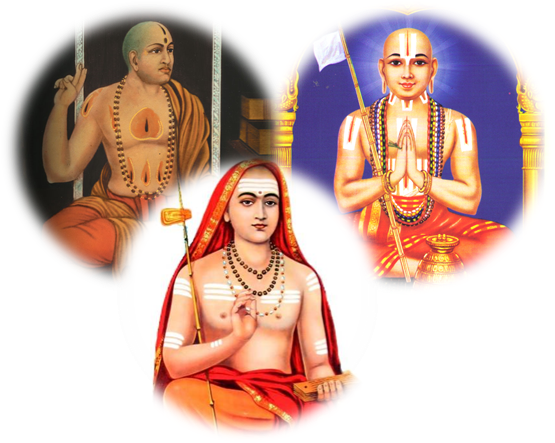 Sankara, Ramanuja & Madhva Jayanthis
Sabha honours the life and the work of the three important religious philosophers of our Santhana Dharma by celebrating the day of their appearance (Jayanti). Ashotothra Namavallis in praise of the gurus are chanted followed by vedic chanting by the purohiths. In celebrating the Jayantis, the Sabha keeps up our tradition of respecting our gurus. 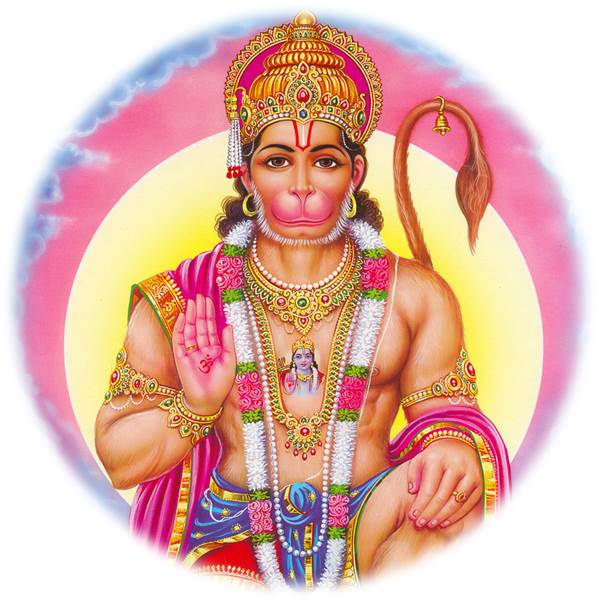 Hanuman Chalisa
The Sabha celebrates the strength of the labour on May Day (May 1) by celebrating the shining epitome of service (dasyam), Lord Hanuman. Hanuman Chalisa is chanted 21 times. Chanting of Hanuman Chalisa, it is believed removes all obstacles in life. 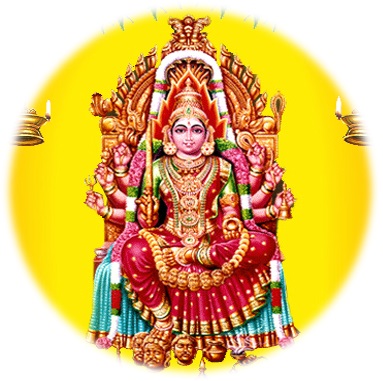 Aadi Velli Pooja
The Tamil month of Aadi is the fourth month of the Tamil Calendar and the start of this month is the Dakshinayana punyakalam or the night time of Devas. Aadi is a month of fervour and observances where prayers and pujas are offered to propitiate the powerful goddesses and seek their protection from the inauspicious aspects that are often associated with the month. The month of Aadi is considered very auspicious to connect oneself to this Divine power. Hence praying to Ambal on Fridays in the month of Aadi has added significance. Sabha has the tradition of performing the pooja in members’ houses with the chanting of Lalitha Sahasranama Archana and Lakshmi Astothra Archana in the evening of Aadi Velli. 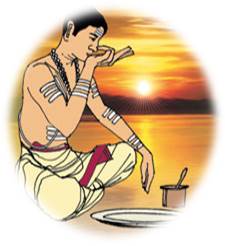 Rig, Yajur and Sama Upakarma
The learning of the Vedas begins in the month of Aavani with the Upakarma and is temporarily terminated six months later with an Utsarjana ritual, to be restarted in the next Aavani. On this day, a Prayachittam is performed to pardon all the sins committed during the year. Homams are held and Poonal, the sacred thread, is changed on this day. This day is also auspicious as the Brahmins offer libations of water to their ancestors to whom they owe their birth and to the great Rishis to whom they are highly indebted for spiritual knowledge and the Vedas themselves. The main purpose of the mass assembly on this day is to do Veda arambham or the restart of the study of the Vedas under the guidance of the acharyas. 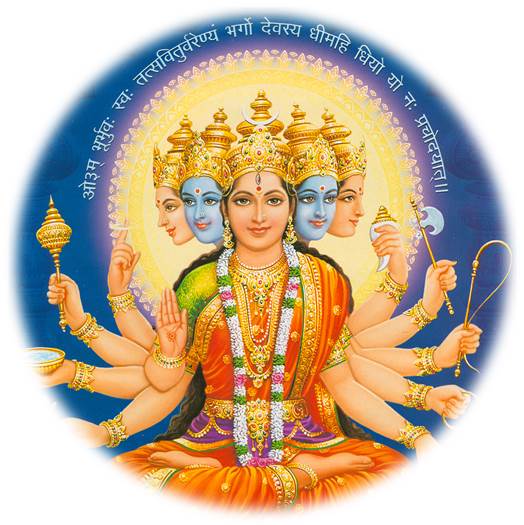 Gayatri Japam and Homam
The Gayatri mantra is a powerful vedic mantra, the chanting of which bestows upon the chanter many benefits including clarity of intellect. Every year, on the day of Gayatri Japam, the Gayatri mantra is chanted 1008 times, as a prayaschitta (atonement) for faults that one has knowlingly and unknowingly committed. Performing the Gayatri Homam, enhances the power of the mantra to bestow clarity of intellect. 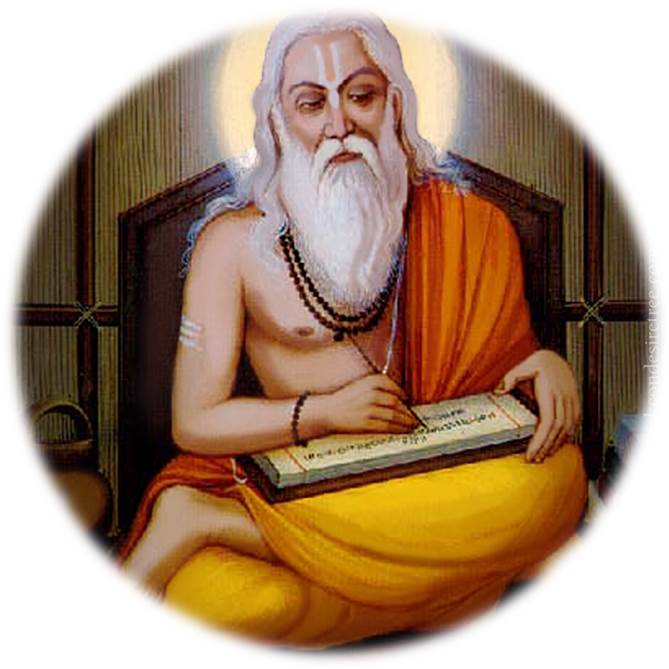 Guru Poornima Pooja
The Full Moon Day in the month of Ashadha (July-August) is known as Guru Purnima.This was the day, when Krishna-Dwaipayana Vyasa was born to sage Parashara and Satyavati, thus this day is also celebrated as Vyasa Purnima. This day is celebrated in honour of the great sage Vyasa, who is seen as one of the greatest gurus in ancient Hindu traditions and a symbol of the Guru-shishya tradition. This day is observed by offering puja to one’s guru and the guru parampara. 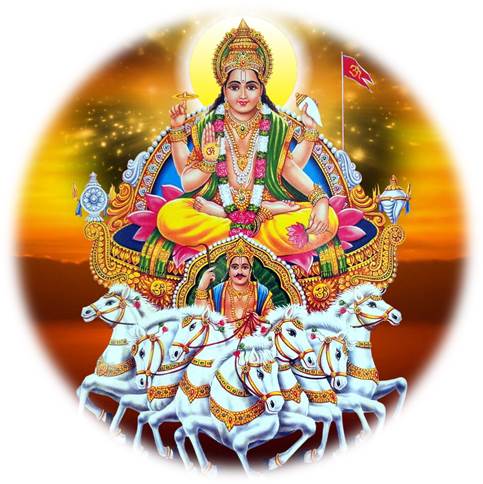 Aavani Surya Namaskaram
The month of Aavani is the Simha Maasam. Lord Suryanarayana or the Sun God is the presiding deity of the Simha Raasi. Propitiating Lord Surya by the chanting of Suryanamaskara in the Simha month confers the benefits of good health especially good eyesight. 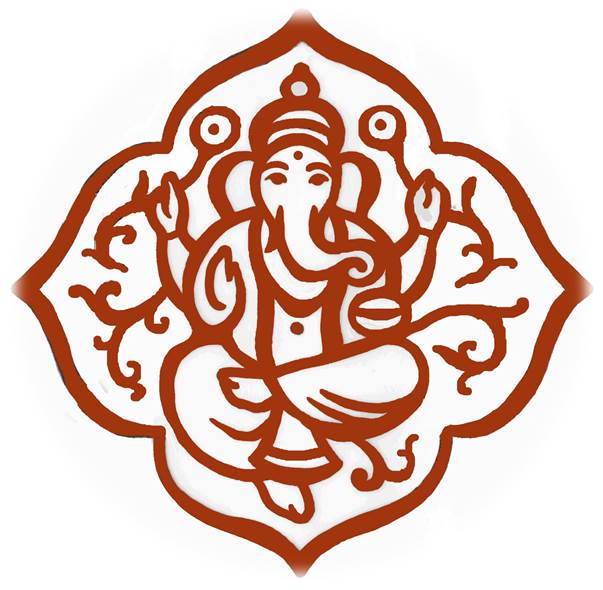 Vinayaka Chaturthi Pooja
Vinayaka Chaturthi is celebrated on the fourth day after new moon in the month of aavani. On this day Ganesh idols made of clay are worshipped in all homes. Ganesh is decorated with garlands and worshipped with durva grass (arukampul). Modak, ladoo and other dishes are offered to Ganesha to remove all obstacles and bless the devotee with prosperity. 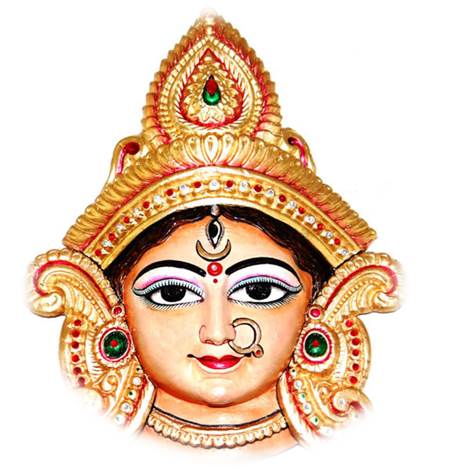 Chandi Homam
The Worship of Goddess Chandi highlights the importance of feminine energy. Chandi Homam is one of the most popular Homas and the Sabha conducts the Chandi Homam during Navarathri. The core of the ceremony involves a recitation of 700 verses of the Durga Saptashati. With the recitation of each verse, offerings are made in the sacrificial fire invoking the Goddess. The performance of Chandi Homa, frees one of curses, obstacles and blesses them with a lasting health, wealth and prosperity. 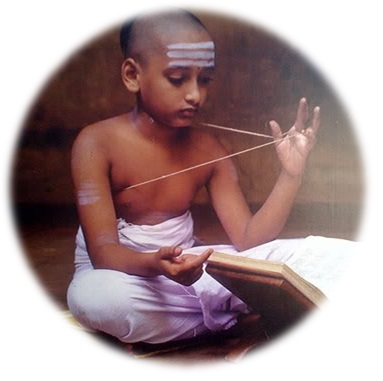 Mandala Veda Parayanam
Kruthika Mandala Parayanam derives its name for the reason that the Vedas are recited during Karthikai and Margazhi and for 45 – 48 days which is called a Mandala.

The human year consisting of 365 days is considered to be a day for devas. Dakshinayana (from Tamil month Aadi to the end of Margazhi) is night for the devas and Uttarayana(from Tamil month Thai to the end of Aani) is day time for them. Margazhi is considered to be the Brahma Muhoortha for Lord Vishnu. The month Karthikai is the period preceding the Brahma Muhoortha which is regarded as most sacred, krithika suddha. Hence we worship the Lord through Veda Parayana during these two months which forms as suprabhata to the Lord.

The Vedas are considered to be most sacred and the breath of the Lord. It is the general belief that contagious diseases will spread during the rainy and winter seasons. The rain season ends with Karthikai and the winter begins with Margazhi month. The Veda Parayana during these two months will of course relieves the society from infectious diseases.

It is our privilege to preserve and protect the knowledge of the Vedas and its secrets. Mere listening to it will give peace and solace to everybody and the vibrations created by the chanting of the Vedas will eradicate all the pains of our worldly life.

Krishna Yajur Veda has 44 chapters and Purohiths will recite one chapter a day in the house of the member hosting the parayanam. The Sabha is continuing this traditional practice without break since 1991. 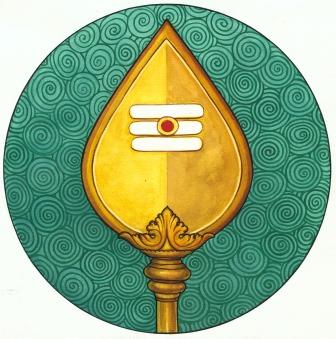 "With religious fervor and read,                Thirty six times a day
This Skanda Sashti Kavacham,    Which has been composed,
By the young Deva Rayan,           And meditate on that God with concentration,
And wear the sacred ash,             Will get the great blessings,
Of all the Devas from all eight directions, And the Guardians of the eight directions."

Guided by this special mention by Sri Devaraya Swamigal, in 2016, Sabha began organising a mass chanting of Skanda Sashti Kavacham for 36 times in one single day for the welfare of every one.

Education Merit Awards
The Sabha, with a view to encourage excellence in education, sponsors the Education Merit Award Scheme’. Under this scheme, it invites applications and honors children of the members who have achieved excellence in the landmark examinations, such as PSLE, GCE-O, GCE-A, Polytechnic or University level. Applications for the annual Education Merit Award open in May and close by June every year.
Community Giving
As a resposible member of the community, the Sabha, on behalf of its members, at regular intervals, makes a donation to other organizations that are engaged in social service.

The Sabha and its members participate enthusiastically in events organized by other Hindu organizations in Singapore.